On May 18, 2022, the Federal Council published its preliminary draft for a new law on the control of foreign direct investment (FDI). The FDI control regime pursuant to the preliminary draft is intended to protect public order and security in the event of takeovers of domestic undertakings by foreign investors.

The preliminary draft focuses (i) on takeovers by state-owned and state-related foreign investors and (ii) on takeovers in certain security-critical sectors. Minor cases are not to be subject to investment control.

The consultation will last until September 9, 2022. Thereafter, parliament will discuss the introduction of investment control in Switzerland.

As a small, open economy, Switzerland has traditionally been liberal in allowing foreign direct investment (FDI). It does not yet have a general mechanism for systematically reviewing FDI projects (investment control), but only individual special rules in regulated markets (e.g. for banks). Such mechanisms for systematically reviewing FDI projects already exist in other countries. Internationally, there is a trend toward investment controls in the area of key technologies and industries.

The PD-FDI essentially follows the key points published last year, but also differs from them in some respects. At present, it is not possible to estimate whether the PD-FDI will be able to gain a majority in parliament and whether the parliamentary deliberations will lead to any changes.

This bulletin provides an overview of the PD-FDI and the key proposed changes it contains as well as an analysis of their significance.

The Federal Council continues to oppose the introduction of a FDI control regime. It believes that the existing legal framework is sufficient and that the costs of FDI control outweigh the benefits.

The future of the proposed FDI control is caught between concerns relating to the national economy on the one hand (i.e. the inflow of foreign capital and knowledge to promote value creation and secure jobs) and, on the other hand, national security policy (i.e. the prevention of threats to public order or security from foreign takeovers). While proponents of FDI controls emphasize the danger of (industrial) espionage and the infringement of intellectual property, critics see FDI controls as a protectionist and bureaucratic measure.

In this context, the PD-FDI is a compromise. The Federal Council intended to present a targeted, effective and administratively lean regulation, which would enable transparency, predictability and legal certainty for companies. Accordingly, the PD-FDI focuses on (i) takeovers by state-owned or state-related foreign investors and (ii) takeovers in certain safety-critical sectors. At the same time, minor cases are not subject to investment scrutiny due to a de minimis threshold.

The purpose of the PD-FDI is to prevent takeovers of domestic undertakings by foreign investors that endanger or threaten public order or security (Art. 1 PD-FDI). The control regime is therefore limited to security-related aspects, which also includes the safeguarding of critical infrastructure.

According to the PD-FDI, FDI should only be subject to control (i.e., subject to a reporting obligation and approval requirement) if it is a matter of a «takeover» of a «domestic undertaking» by a «foreign investor». The three terms are defined in Art. 3 PD-FDI:

Under the PD-FDI, different rules apply depending on who the foreign investor is:

b) Takeovers subject to FDI control

Specifically, pursuant to Art. 4(1) PD-FDI, the following takeovers are subject to FDI control:

Art. 4(2) PD-FDI provides for a de minimis threshold. According to this threshold, takeovers of domestic undertakings that have had on average less than 50 full-time employees in the past two financial years and have generated worldwide annual turnovers of less than CHF 10 million are not subject to FDI control. This de minimis rule is intended to avoid overburdening the competent authorities.

Using these benchmarks, and depending on the definition of domestic undertaking, between 2016 and 2020, between 20 and 45 takeovers per year would have been subject to FDI control, which is within the range of merger control notifications to the Competition Commission.

Pursuant to Art. 4(3) PD-FDI, the Federal Council will have authority to apply the FDI control regime for a maximum period of 12 months to other categories of domestic undertakings if necessary to ensure public order or security. According to the Explanatory Report, the Federal Council should also be allowed to lower the turnover thresholds that the PD-FDI stipulates. From a constitutional and democratic perspective, it would be desirable if the PD-FDI expressly granted the Federal Council competence to alter the PD-FDI by measures contra legem.

According to Art. 5(1) PD-FDI, a takeover subject to FDI control is approved if, viewed ex ante, «there is no reason to assume that public order or security is endangered or threatened by the takeover.» According to the Explanatory Report, endangerment and threat refer to the probability of occurrence and the extent of damage: If the probability is close to zero that a takeover will damage or endanger Switzerland’s security, the takeover must be approved.

To assess whether the takeover is likely to endanger public order or security, the authorities will consider the non-exhaustive list of factors in Art. 5(2) PD-FDI, which are explained below.

Art. 5(3) PD-FDI provides that the foreign investor’s willingness to cooperate may be taken into account in the decision. Whether this is a suitable criterion for assessing the danger or threat to public order or security remains to be seen. In any case, persons subject to the reporting obligation have a duty to cooperate under administrative law.

All in all, Art. 5 PD-FDI appears to be relatively vague. It contains a large number of indeterminate legal terms the interpretation of which is unlikely to be predictable for businesses. It is therefore questionable whether the PD-FDI can fulfill its promise of enabling legal certainty from a substantive point of view. Conversely, FDI control laws must be kept open to a certain extent to permit the authorities to react to unforeseeable circumstances in security-sensitive areas. If the proposed law enters into force, it is to be hoped that the State Secretariat for Economic Affairs (SECO) will engender (more) legal certainty as quickly as possible by publishing detailed reports of its decisions and not keep them secret, which is done in other countries.

The review procedure provided for in the PD-FDI resembles the merger control procedure under competition law. The foreign investor must notify the SECO of the takeover before it is completed (Art. 6(1) PD-FDI). Until approval is granted, completion of the takeover is suspended under civil law (Art. 8(5) PD-FDI). There is a prohibition against execution of the takeover without approval. This prohibition can be enforced by administrative measures (Art. 17 PD-FDI) and violations can be sanctioned up to 10% of the transaction value (cf. Art. 18 PD-FDI). This potential sanction is considerably more drastic than the corresponding provision under merger control law, which is capped at CHF 1 million.

The PD-FDI entrusts the SECO with the implementation and coordination of FDI control. SECO makes its decisions in consultation with the so-called co-interested administrative units, which each have a de facto veto right. Pursuant to Art. 10 PD-FDI, SECO designates the co-interested administrative units of the central federal administration on a case-by-case basis. The State Secretariat of the Federal Department of Foreign Affairs and the General Secretariat of the Federal Department of Defence, Civil Protection and Sport are deemed co-interested in all cases. The Federal Intelligence Service (FIS) only has a right to be heard by SECO.

The two-stage procedure seems appropriate and has proven its worth in merger control law. The time limits stipulated in the PD-FDI are appropriate in order to avoid undue delays in merger projects. A formal completeness check of the application is not foreseen (unlike in merger control proceedings), so that complex pre-notification procedures prior to the start of the deadline will probably not form part of the examination.

Art. 16 PD-FDI provides for the possibility of an appeal to the Federal Administrative Court against the Federal Council’s non-approval decision. Art. 16(2) PD-FDI stipulates that only the foreign investor and the domestic undertaking have standing to appeal. This paragraph probably means that the investor and the undertaking are each entitled to appeal alone and do not have to appeal jointly. Neither third parties nor SECO or other interested administrative units may file an appeal. Pursuant to Art. 16(3) PD-FDI, judicial review in cases of considerable political significance (cf. Art. 8(2)(b) PD-FDI) is limited to procedural guarantees and abuse of discretion. This provision satisfies the guarantee of legal recourse.

With the PD-FDI, the Federal Council has shown a sense of proportion, as it did before with its key points. The description of when a project is subject to FDI control appears to be concrete and predictable for businesses. In contrast, the Federal Council has remained rather vague regarding the assessment criteria, which contains a number of undefined legal terms. Thus, the PD-FDI also brings with it certain legal uncertainties as to whether, for certain transactions, a significantly more time-consuming in-depth examination or even non-approval is to be expected. It is to be hoped that, by publishing its decisions comprehensively, SECO will help to reduce the legal uncertainty as quickly as possible.

If Switzerland introduces FDI control, foreign investors will have to take into account merger law risks and investment control law risks relating to the time between signing and closing of the takeover and whether the takeover may be completed at all. Until sufficient time has passed for a pattern of practice to emerge, a period of legal uncertainty must be expected. In the case of potentially problematic takeovers, contractual provisions should account for a possibly longer review period or non-approval. 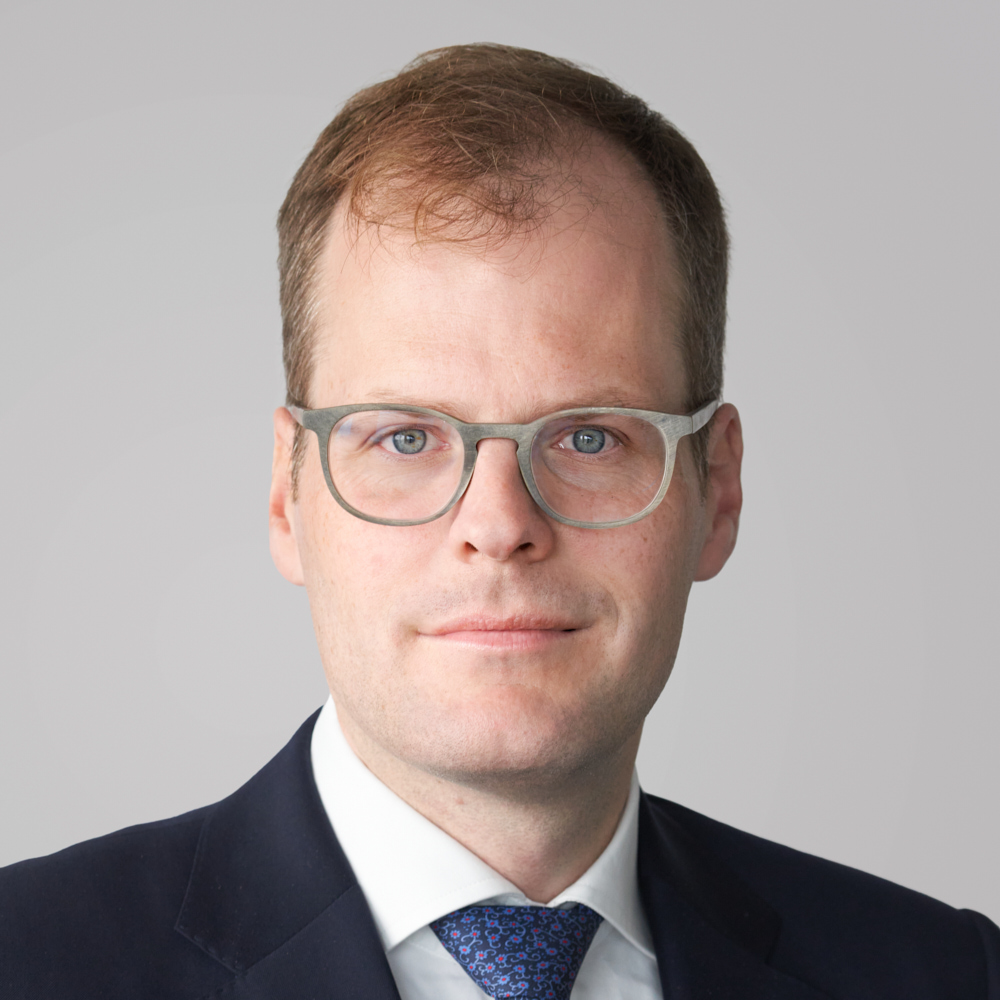