Revised version in force from January 1, 2021

The 2021 Rules represent the latest iteration of the ICC Rules of Arbitration, coming only a few years after the latest revision that entered into force in 2017 (2017 Rules). The 2021 Rules will apply to arbitral proceedings commenced after January 1, 2021, unless the arbitration agreement provides otherwise.

The main changes compared to the 2017 Rules are addressed below, along with the resulting implications for future ICC arbitration proceedings.

Under the 2017 Rules, the consent of all parties was required for the joinder of additional parties after the confirmation or appointment of any arbitrator, effectively giving veto powers to every party.

The revision deprives the original parties of their veto, yet protects potential additional parties from being forced to join pending arbitration proceedings against their will.

Article 7(5) of the 2021 Rules includes some examples of relevant circumstances which the arbitral tribunal shall take into account, namely (i) whether the arbitral tribunal has prima facie jurisdiction over the additional party; (ii) the timing of the request for joinder; (iii) the existence of possible conflicts of interest; and (iv) the impact of the joinder on the pending arbitral proceedings.

The regime for consolidation under the 2017 Rules was unclear for proceedings based on arbitration clauses in separate agreements but which could be considered to be the «same», i.e. identical or close to identical. The reason is that Article 10(b) of the 2017 Rules expressly referred to the consolidation of claims brought under «the same arbitration agreement», which could be understood to mean claims under a single arbitration agreement.

The 2021 Rules endorse the broader interpretation, clarifying in the revised Article 10(b) that the ICC Court may consolidate two or more pending arbitration proceedings when the claims are made under the «same arbitration agreement or agreements». The addition of the plural «agreements» confirms the possibility of consolidating proceedings based on separate contracts, as long as the arbitration clauses within such contracts can be considered to be the same.

Despite increasing use of third party funding, the 2017 Rules were silent on the issue. However, Paragraph 28 of the Note to Parties and Tribunals on the Conduct of Arbitration under ICC Rules of January 1, 2019, included relationships between arbitrators and any entity with a «direct economic interest in the dispute» among the relationships that arbitrators should consider disclosing.

Article 11(7) of the 2021 Rules expressly tackles the issue, providing that parties have the obligation to disclose the existence and identity of non-parties which have «entered into an arrangement for the funding of claims or defences» if this arrangement results in «an economic interest in the outcome of the arbitration». The purpose of this new provision is to assist prospective arbitrators and arbitrators in complying with their duty to disclose circumstances liable to cast reasonable doubts as to their impartiality or independence pursuant to Articles 11(2) and 11(3) of the ICC Rules.

Constitution of the Arbitral Tribunal

The 2021 Rules grant significant new discretionary powers to the ICC Court. Pursuant to new Article 12(9), the ICC Court may directly appoint each member of an arbitral tribunal in «exceptional circumstances» in order «to avoid a significant risk of unequal treatment and unfairness that may affect the validity of the award».

The ICC has explained that the addition of Article 12(9) will «allow[] the Court to disregard unconscionable arbitration agreements» when appointing arbitral tribunals. For arbitral agreements entered into after January 1, 2021, the choice of ICC Rules might reasonably imply the parties’ consent to this exceptional power of the ICC Court. However, issues may arise under Article V(1)(d) of the New York Convention and under Article 34(2)(iv) of the UNCITRAL Model Law and many national laws regarding awards made by an arbitral tribunal constituted pursuant to the new Article 12(9) on the basis of an arbitration agreement entered into before January 1, 2021.

It is to be expected that the ICC Court will show restraint when exercising its appointment authority under Article 12(9) of the 2021 Rules, as clearly intended by the limitation of this power to «exceptional circumstances».

The 2021 Rules also potentially limit parties’ autonomy with respect to the replacement of legal counsel or other party representatives during the proceedings. Article 17(2) of the 2021 Rules empowers the arbitral tribunal to «take any measure necessary to avoid a conflict of interest of an arbitrator arising from a change in party representation» during the course of the proceedings, expressly including the power to entirely or partially exclude the new representatives. Although the arbitral tribunal is required to grant the parties a suitable time to comment in writing, this innovation will potentially constrain parties’ discretion with respect to the sensitive matter of their representation.

Article 17(2) is meant to safeguard the efficient continuation of the proceedings, defusing the risk of filibustering tactics. Notably, the London Court of International Arbitration (LCIA) Arbitration Rules introduced a similar discipline in Article 18(4) of their 2014 revision.

Throughout 2020, the arbitration community has been confronted with the disruption caused by the COVID-19 pandemic. Widespread travel and safety restrictions meant that traditional in-person hearings have in many cases been replaced by remote, «virtual» hearings. However, the 2017 Rules were not optimally suited for the sudden change of circumstances. Article 25(2) of the 2017 Rules provided that an ICC arbitral tribunal «shall hear the parties together in person if any of them so requests», which could be construed as granting to each party the right to unilaterally demand an in-person hearing, thereby allowing a party to significantly delay the arbitration.

The ICC reacted quickly to the changed circumstances, issuing the ICC Guidance Note on Possible Measures Aimed at Mitigating the Effect of the COVID-19 Pandemic on April 9, 2020 (ICC Note on COVID-19). Specifically addressing Article 25(2) of the 2017 Rules, Paragraph 23 of the ICC Note on COVID-19 interpreted it «as referring to the parties having an opportunity for a live, adversarial exchange and not to preclude a hearing taking place ‘in person‘ by virtual means if the circumstances so warrant». This argument was supported by the French version of Article 25(2) of the 2017 Rules, which required the arbitral tribunal to «entend contradictoirement les parties» if a party requested. The ICC reasoned that the notion of contradictorie does not imply a physical gathering, and accordingly the right under Article 25(2) of the 2017 Rules does not necessarily require an in-presence hearing.

To dispel any interpretative doubt, Article 25(2) of the 2021 Rules does not mention any right to be heard «together in person». Moreover, Article 26(1) of the 2021 Rules expressly grants the arbitral tribunal discretion to decide whether to hold a hearing with physical attendance or remotely: The parties have the right to be consulted, but they cannot unilaterally block the convening of a remote hearing. Further, Article 26(1) of the 2021 Rules expressly refers to holding hearings using videoconference, telephone or «other appropriate means of communications», leaving the manner of conducting remote hearings open to future technological developments. The LCIA followed a similar approach in its recent revision of Article 19 of the 2020 LCIA Rules.

The 2021 Rules also represent progress towards less paper-intensive arbitration proceedings. The revised Article 3(1) of the 2021 Rules removes the reference in the 2017 Rules to supplying «sufficient copies» of pleadings and other written communication. The delivery of printed copies of the Request for Arbitration or Answer to the Request and Counterclaims remains only as a potential supplemental requirement that can be triggered by the parties’ requests pursuant to Articles 4(4)(b) and 5(3) of the 2021 Rules.

Other Changes on Procedural Matters

Among the remaining changes brought by the 2021 Rules, it is worth highlighting Article 36(3), which now explicitly recognizes the arbitral tribunal’s authority to issue an additional award in the case of an omitted decision on a claim. Specifically, any party can apply for an additional award within 30 days after the receipt of the award. After allowing the other party the chance to comment within a short time, «normally not exceeding 30 days», the Arbitral Tribunal will have 30 days to render the additional award.

Moreover, the 2021 Rules introduce a few specific provisions for treaty-based arbitration proceedings, e.g. involving disputes between investors and sovereign States. The most significant is Article 29(6), which excludes the application of emergency arbitration to those proceedings.

The 2021 Rules also expand the scope of application of the expedited procedure introduced by the 2017 Rules. The new Article 1(2) of Appendix VI increases the threshold under which the Expedited Procedure Rules apply from USD 2 million to USD 3 million for disputes based on arbitration agreements concluded on or after January 1, 2021.

In Appendix II, the Internal Rules of the ICC Court, a new Article 5 provides that, upon prior request of any party, the ICC Court will be required to provide reasons for its decisions relating to prima facie jurisdiction, consolidation, constitution of the arbitral tribunal, and challenge to or replacement of an arbitrator, save «in exceptional circumstances».

There is also an interesting reformulation of Appendix IV. Appendix IV(h)(i) has changed from «informing the parties that they are free to settle» the dispute through alternative dispute resolution methods such as mediation (2017 Rules) to «encouraging the parties to consider settlement» of the dispute by such alternative methods (2021 Rules). This is further sign of increased attention in the arbitration community to the use of alternative dispute resolution methods.

The 2021 Rules modify a limited number of provisions and most of the alterations appear to be quite minor, focused on details or clarifications. However, the changes described above deserve the attention of the arbitration community.

Some changes, such as those affecting joinder and consolidation of proceedings, are likely to be well-received as increasing flexibility and clarity compared to the 2017 Rules. Other changes are likely to be more controversial, especially the provisions that have the potential to curb party autonomy with respect to the constitution of the arbitral tribunal and the changes to party representatives during the proceedings. While the choice to submit to ICC arbitration implies acceptance of the role of the ICC Court, the expanded prerogatives of the ICC Court and the arbitral tribunal, even if applied rarely and in extreme circumstances, go to party autonomy and thus to the very essence of arbitration.

Nonetheless, the 2021 Rules demonstrate the ICC’s commitment to keep up with the evolving needs of international arbitration users, reinforcing its leading role as an administering institution. Seen from this perspective, even the most daring changes are a welcomed attempt to improve the mechanisms of international arbitration. A few years of application will clarify the impact of the 2021 Rules and any issues requiring further adjustments. 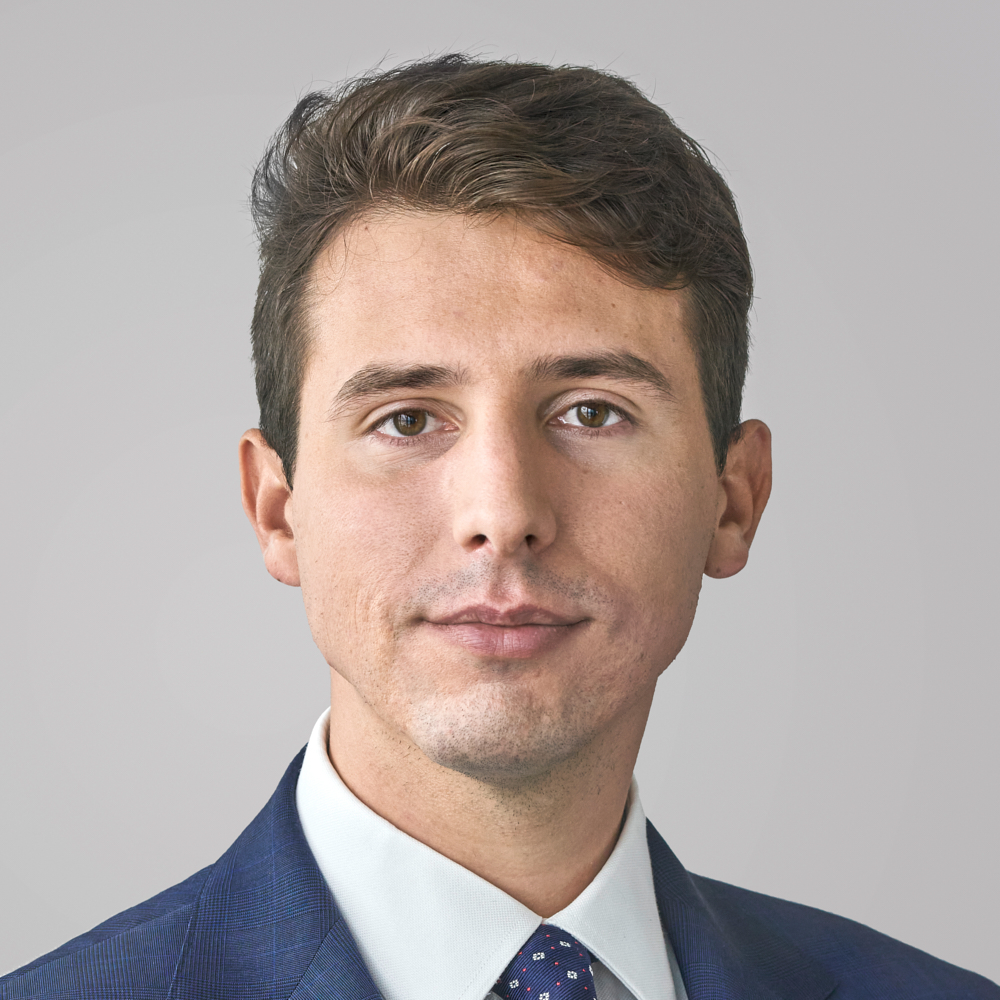